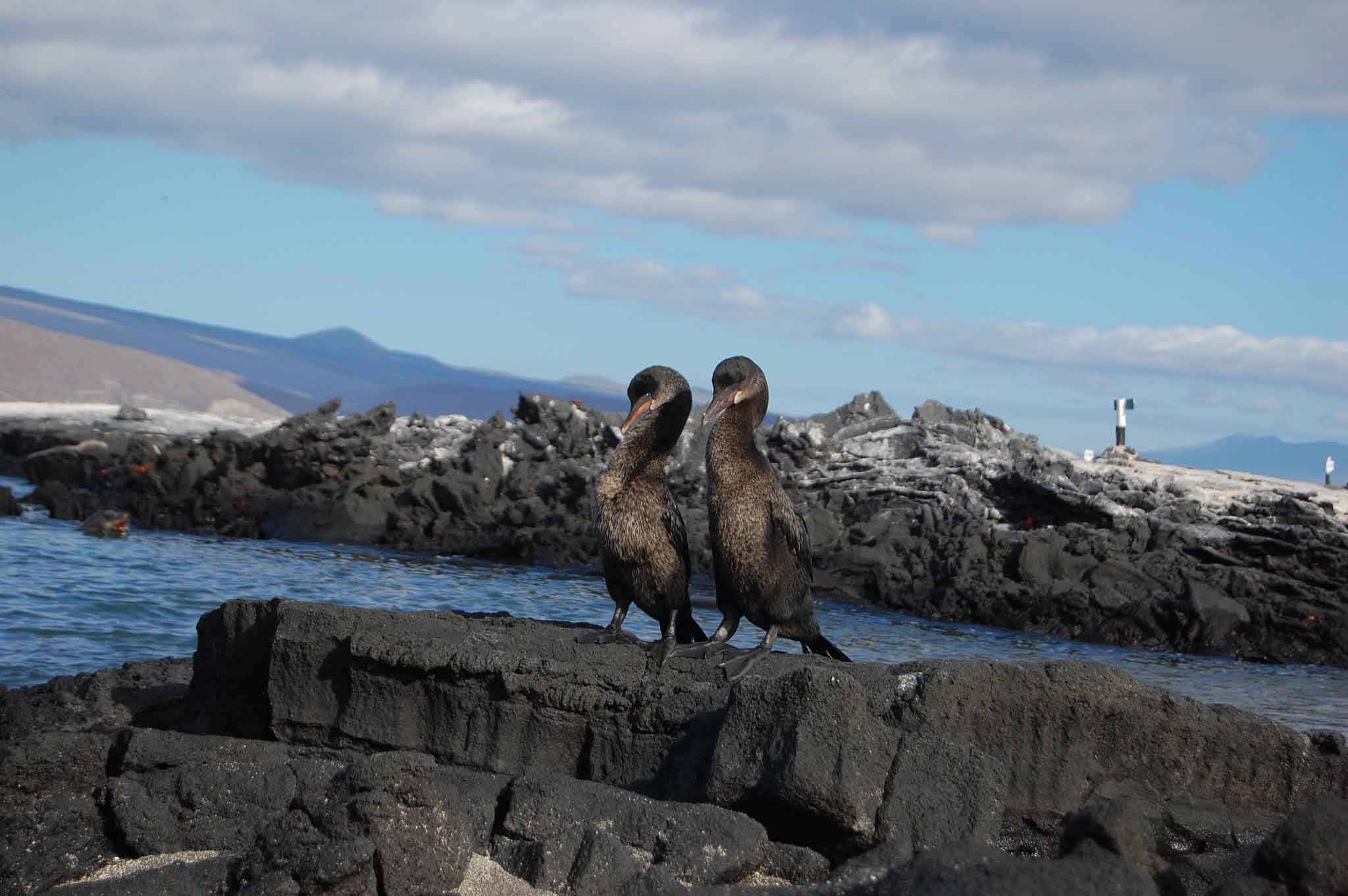 The Fernandina Island name was given in honor of King Fernando of Spain, who sponsored the voyage of Columbus. Fernandina has an area of 642 km² and a maximum altitude of 1,494 meters.

Fernandina lies on the western edge of the archipelago. It is generally visited on a longer itinerary. Fernandina is the youngest and most active volcano in Galapagos, with eruptions taking place every few years. It is also one of the most pristine of the islands, with none of man's introduced species to date. The flat lava of Punta Espinosa gives a feel for this stark and barren landscape.  Flightless cormorants build their nests on the point, and sea lions sprawl on the beach or play in the tidepools.

Located on the northeast portion of Fernandina, across the channel from Tagus Cove, Isabela, it is a narrow point of land extending out from the base of the Fernandina Volcano. Your tour begins with a dry landing, and you may spot a few penguins from the panga on one of the rocky islets that dot this part of the coast. Due to several geologic uplifts, the dock is at landing level only during high tides, and other landing sites are used at lower tides. Once ashore, you proceed to the tip of the point across a sandy area which serves as a nesting site for the marine iguana. The nests can be spotted as holes in the sand, and care must be taken not to step on them, or on the numerous creatures themselves. Indeed, Fernandina has the largest colony of marine iguanas in the Galapagos.

As you near the tip of the point, you will pass a large colony of sea lions. There are several territories encompassing both sides of the point, and the loud barks of several resident bulls blend with the hard pounding of the surf to add a dimension of sound to the experience.

Starting in this area, and continuing out to the tip, are the-flightless cormorants, nesting on the open rocks just above the high tide line. Occasionally, an adult will come out of the water bearing a piece of seaweed for the nest. While the lava flow has obliterated much of the vegetation on Fernandina, several pioneering plants can be observed, including clumps of lava cactus. If you visit Punta Espinosa at low tide, your tour will probably include a visit to the tide pool area, just past the lava field. This is a great place to sit and watch; there usually is something very special going on - sea lion pups interacting, sea turtles, rays, shore bird activity, etc.