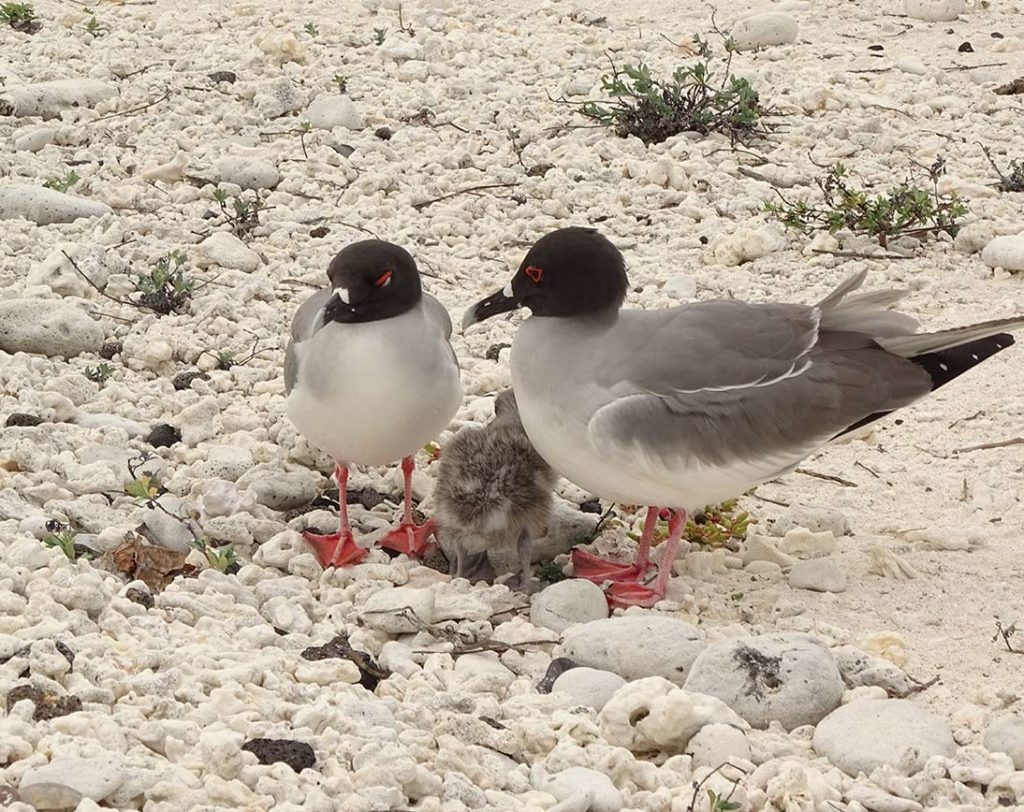 Tower (Genovesa) is a low volcano barely breaking the surface of the ocean. Ships sail directly into its large breached caldera to anchor at the foot of the steep crater walls. It attracts vast numbers of pelagic seabirds who come here to nest. Great frigate birds, red-footed boobies, swallow-tailed gulls and storm petrels all breed here by the thousands. A trail leads from a coral beach past tidal lagoons where lava gulls and yellow-crowned night herons are seen, then along the low shrubs populated by frigates and boobies, and eventually to a cliff edge where seabirds soar. A second trail leads to an open area for masked boobies, more frigates, and red-footed boobies. At the end of the trail thousands of band-rumped storm petrels flutter at the cliff's edge, where they nest in crevices. Short-eared owls can sometimes be seen here, hunting the storm petrels during daylight hours.

An extraordinary, steep path that leads through a seabird colony full of life, up to cliffs that are 25m high. At the top the trail continues inland, passing more seabird colonies in a thin palo santo forest.

Leaving the forest you can overview a rocky plain. You get a view of masked and red-footed boobies, great frigate birds, swallow-tailed gulls, red-billed tropicbirds and hundreds of storm petrels at the edge of the cliff.

The Beach is a coral beach where a 750m trail takes you through more seabird colonies. There is also the possibility to take a panga that is often accompanied by sea lions. You get to see the cliffs from the seaward side, which are home to a large red-footed booby colony.