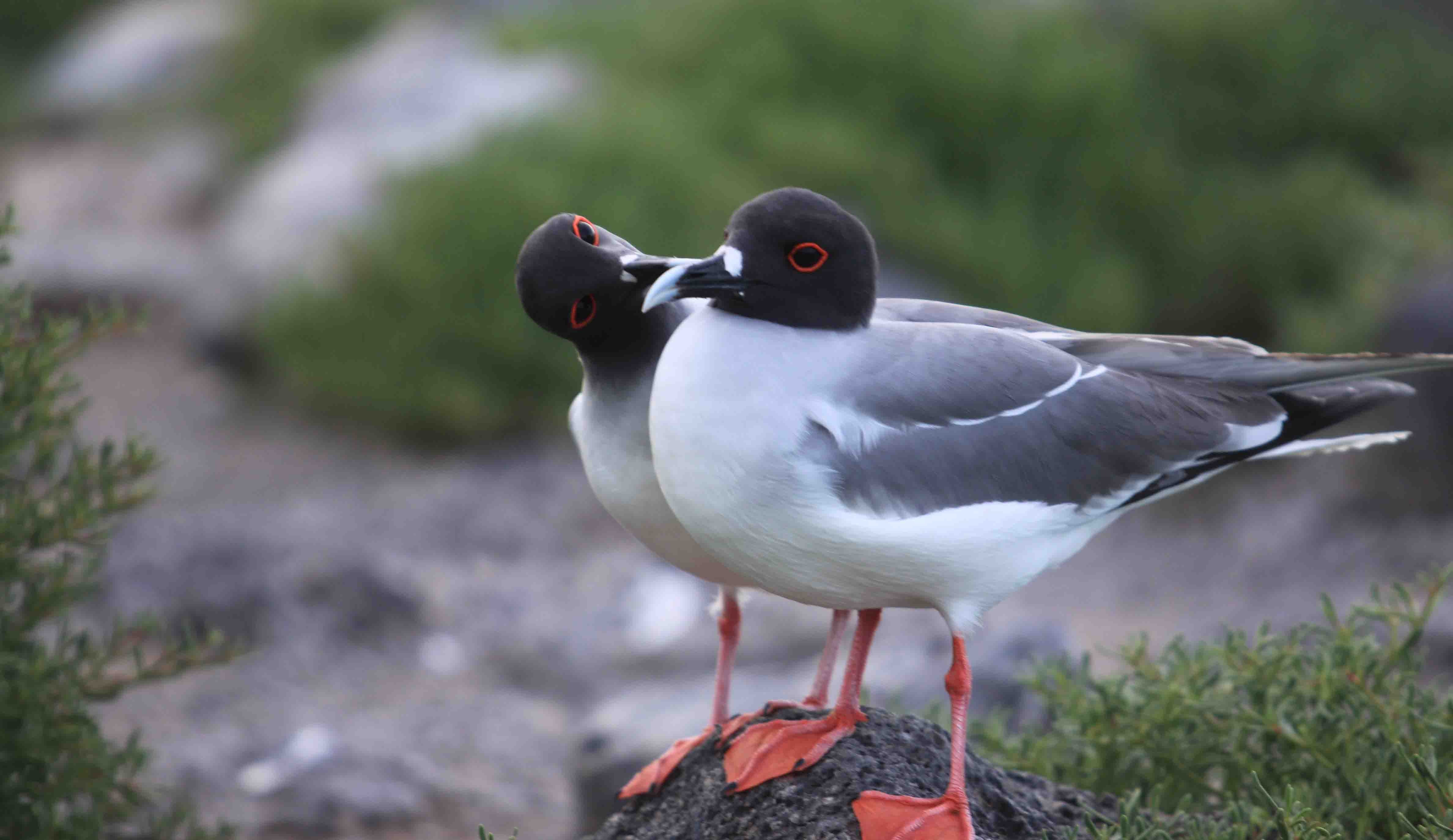 The Galápagos were discovered by chance in March 10, 1535 when Dominican Fray Tomás de Berlanga, the Bishop of Panama, sailed to Peru to settle a dispute between Francisco Pizarro and his lieutenants after the conquest of the Incas, while performing an administrative mission for the Spanish Monarch Carlos V. The bishop's ship stalled when the winds died and strong currents carried him out to the Galápagos. In his account of the adventure, addressed to Emperor Carlos V, Berlanga described the harsh, desert-like condition of the islands and their trademark giant tortoises. He wrote about the marine iguanas, the sea lions and the many types of birds. He also noted the remarkable tameness of the animals that continues to thrill and delight modern visitors.

The islands are believed to date back to six million years ago as a result of volcanic activity generated beneath the ocean's floor. They were uninhabited, although Thor Heyerdahl in 1963 reported findings of pottery of South American origin that suggested earlier contacts, a theory that appears to still be controversial. The archipelago was used as hiding place by the English pirates that pilfered the Spanish galleons carrying gold and silver from South America to Spain.

The islands first appeared on maps in about 1570 in those drawn by Abraham Ortelius and Mercator. The islands were called "Insulae de los Galopegos"  (Islands of the Tortoises).

The first Englishman to visit Galápagos was Richard Hawkins, in 1593. From then until 1816 many famous pirates visited the archipelago.

Alexander Selkirk, whose adventures in Juan Fernández Islands inspired Daniel Defoe to write Robinson Crusoe, visited the Galápagos in 1708 after he was picked up from Juan Fernández by the privateer Woodes Rogers. Rogers was refitting his ships in the islands after sacking Guayaquil.

The first scientific mission to the Galápagos arrived in 1790 under the leadership of Alessandro Malaspina, a Sicilian captain whose expedition was sponsored by the King of Spain. However, the records of the expedition were lost.

In 1793, James Colnett made a description of the flora and fauna of Galápagos and suggested that the islands could be used as base for the whalers operating in the Pacific Ocean. He also drew the first accurate navigation charts of the islands. Whalers killed and captured thousands of the Galápagos tortoises to extract their fat. The tortoises could also be kept on board ship as a means of providing of fresh protein as these animals could survive for several months on board without any food or water. The hunting of the tortoises was responsible for greatly diminishing, and in some cases eliminating, certain species. Along with whalers came the fur-seal hunters who brought the population of this animal close to extinction.

Ecuador annexed the Galápagos Islands on February 12, 1832, naming it Archipelago of Ecuador. This was a new name that added to several names that had been, and are still, used to refer to the archipelago. The first governor of Galápagos, General José de Villamil, brought a group of convicts to populate the island of Floreana and in October 1832 some artisans and farmers joined.

The Voyage of the Beagle brought the survey ship HMS Beagle under captain Robert FitzRoy to the Galápagos on September 15, 1835 to survey approaches to harbors. The captain and others on board including his companion the young naturalist Charles Darwin made a scientific study of geology and biology on four of the thirteen islands before they left on October 20 to continue on their round-the-world expedition. The governor of the prison colony on Charles Island told Darwin that tortoises differed from island to island, and when specimens of birds were analysed on return to England it was found that many different kinds of birds were species of finches which were also unique to islands. These facts were crucial in Darwin's development of his evolution theory, which was presented in The Origin of Species.

José Valdizán and Manuel Julián Cobos tried a new colonization, beginning the exploitation of a type of lichen found in the islands (Roccella portentosa) used as a coloring agent. After the assassination of Valdizán by some of his workers, Cobos brought from the continent a group of more than a hundred workers to San Cristóbal island and tried his luck at planting sugar cane. He ruled in his plantation with an iron hand which lead to his assassination in 1904. Since 1897 Antonio Gil began another plantation in Isabela island.

Over the course of a whole year, from September 1904, an expedition of the Academy of Sciences of California, led by Rollo Beck, stayed in the Galápagos collecting scientific material on geology, entomology, ornithology, botany, zoology and herpetology. Another expedition from that Academy was done in 1932 (Templeton Crocker Expedition) to collect insects, fish, shells, fossils, birds and plants.

During WWII Ecuador authorized the United States to establish a naval base in Baltra island and radar stations in other strategic locations.

In 1946 a penal colony was established in Isabela Island, but was suspended in 1959.

The first laws protecting the islands were written into law during 1934. In 1959 the islands became a national park, and the Galapagos National Park was established in 1968 to preserve the biodiversity. A total of 97% of the land space of the islands was set aside for this purpose, with the remaining 3% for use by people.

UNESCO declared the Galápagos Islands Humanity Natural Heritage in 1979 and, six years later, a Biosphere Reserve (1985), which has resulted in an even greater interest at the international level. In 1990 the archipelago became a whale sanctuary, and in 1998 a marine reserve was created in the surrounding waters, totaling 133,000 km2. The marine reserve became part of the UNESCO National Heritage site in 2001.